While only weeks old, we’ve already received dozens of questions & comments asking when Dock Skipper will be going fully international.  We have pushed several countries live onto the system already throughout the Caribbean & Central America due to popular demand but we don’t plan to stop there.

“When we were developing the initial platform, we already had plans to go international so several big steps were taken into consideration to make this future step easier and quicker”, said Dock Skipper founder Cabe Nolan.

Following up on those initial comments, Cabe expects Dock Skipper to be fully international within the next two months.  This will include all of Europe, South America, Australia and most of Asia.

We truly live in a global world and can’t wait to take the peer-to-peer dock sharing network into more international waters.  Our goal here is Dock Skipper is to better facilitate worldwide travel on our magnificent oceans, lakes, & tributaries and we believe an international platform is the #1 most important way to achieve this.

Be sure to sign-up for our newsletter list for most recent happenings and be the first to know when we officially unveil the international platform.

We're On A Mission To Build The Boating Community 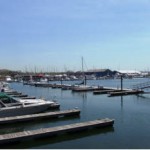